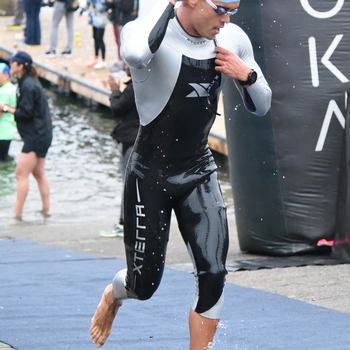 Joshua Hall was a professional swimmer that represented the nation of the Philippines from 2013-2016. He has swam and excelled at major international meets including 4x World Championships, the Asian Games, 2x Southeast Asian Games, multiple World Cups, and the Pan Pacific Championships. He was the captain of all his international teams and his time at the 2015 World Championships in Kazan, Russia qualified him to represent the Philippines at the Olympic Games in 2016. He was the fastest breaststroker ever in the history of the nation and broke five different national records during the process.

During his college career at the University of Minnesota, he became one of the fastest swimmers in the institution's history while also being actively engaged in the community. He has committed over 500 hours in community service through a variety of organizations. He was awarded the Golden Goldy for being 1 out of over 700 student-athletes for his outstanding leadership both in sport and the community. He was an 8-time Big Ten Finalist, 5-time Big Ten Medalist, and qualified individually for the Division 1 NCAA Championships in the 100 breaststroke.


Now, Josh currently trains locally in Huntington Beach, CA competing in Ironman triathlons. He has completed 3 Ironman events with his last competition qualifying him for the 70.3 Ironman World Championships in St. George, Utah. He has his sights on 3 different Ironman events in 2022 and most recently qualified with a top 10 overall finish at Ironman California to compete at the Ironman World Championships in Kona, HI.