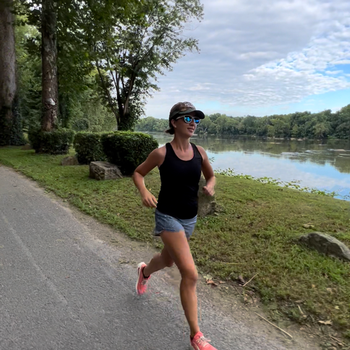 I’ve been an athlete my whole life, but my endurance running journey really took off when I was in grad school. I was looking for something to help relieve the stress of working full time while attending classes at night, and running fit right in. I began training for my first half marathon (Disney’s Princess Half) in 2012, and after crossing the finish line in February 2013, I just kept going. Since then, I’ve run over 50 half marathons and marathons. I took a few years off around 2018 to deal with some health problems, but found my groove again during quarantine. In a few days, I will be taking on the Berlin Marathon, which is my second world major and first full marathon in almost 6 years!