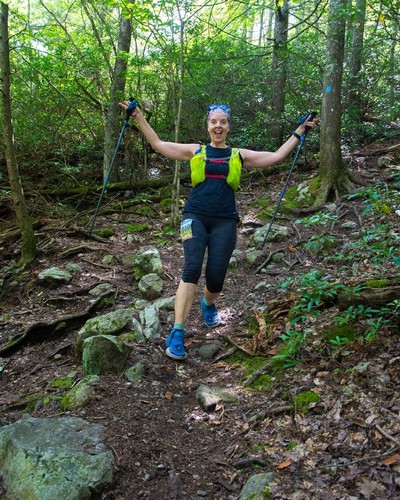 After volunteering at the finish line of the 2021 SRT, I couldn’t get the race out of my head. Having lived in New Paltz for a number of years, then completing a section-hike of the Long Path in 2021, I thought maybe I could do the 30 (70 was out of the question). In the winter of 2022, I started getting out on various sections of the course, to see if I really thought I could do it – I’d do an out and back, add a mile or so each time. After about 2 months of that, knowing the generous cut-offs, I went all-in…


I trained on each section of the course at least 3 times each – I did not want to get lost, I did not want to pull out my phone on race day except to take photos, and I wanted to know what was coming next. It was also a good way to figure out nutrition and hydration, as well as gear and pacing. Of course, it was one of the hotter and more humid summers to train through, so I often was discouraged by my slow pace, feeling drained, unsure. My longest run was 23.5 miles, from Sam’s Point to Spring Farm, on a day when the “real feel” temperature on the ridge was 97. Thankfully this was before the worst of the drought and I stopped at every water source. I felt encouraged by the mileage but still intimidated by the task. The week before the race I even went out with a headlamp to do the last few miles of the course at night, because I was sure I would finish the race in the dark.

That preparation, the solid knowledge of the course, the terrain, which hill was coming next, what I would eat (eat 150 calories every hour on the hour, drink every 30 minutes), and having my gear nailed down was the key to my success in this race.  I started the race with one runner who said he was going for 10 hours, but we were already on an 11-hour pace; once we got to the top of the hill in Sam’s Point, I started an easy jog, until I was suddenly flat on the ground at mile 2, the wind knocked out of me and feeling embarrassed. Two nice runners stopped to make sure I was okay, and I thought I’d just walk it off for a mile or two to see how I felt.  I fell in with a small group up ahead of me, one of whom had done the race in 2021 but had missed quite a few turns – I felt confident that wouldn’t happen to me. They took off ahead of me, and I just kept to my easy pace, realizing in another mile or so that my hands were bleeding and my right knee had a big goose egg from the fall. Well, I knew Verkeederkill Falls was ahead and I could rinse off.  Suddenly, the group that was in front of me was coming behind me, having taken a wrong turn on the Long Path. Then they missed the trail and got on the wrong side of the Falls – I gave a shout to follow the blazes and forged ahead, passing a 70-miler who was refilling his water.

The trio who had taken a wrong turn caught up to me, and we stayed together for a bit until two of them took off ahead and I got into a good pace with Laverne, who told me she wanted to finish in 7 hours. I reluctantly told her that we were on about 11-hour pace and that since she was already out of water I was a bit concerned she might not hit that goal. We had good conversation and kept on, leap frogging each other for a few miles.  At one point, I even scared a timber rattler off a rock, with enough time to give Laverne notice to “stay left!” Once we got to the Carriage Road, I was feeling pretty good despite my earlier fall, and got ahead of Laverne, but within shouting distance.

At Rainbow Falls, I ran into Andrew, who was also doing his first ultra in preparation for a 62-miler for his 62nd birthday later this year – we stuck together for a bit, through the re-route, and then he blasted ahead of me. I arrived at the Jenny Lane checkpoint a bit concerned that I had done some serious damage to myself but not really feeling any sort of pain, so I thanked the volunteers, texted my friends and family my pace, and carried on, knowing I had the High Peters Kill ahead.  I was alone the entire time between Jenny Lane and the downhill to the Peters Kill, when I came upon Steve Aaron and his camera gear – thanked him for being there and knew that the last steep climb of the race was ahead of me. I also took a good look at my hands and knee when I stopped to splash some water, but I still felt pretty good and was gaining confidence as my pace was faster than expected. The climb up to High Peters Kill was rough – I lacked energy and my breathing was a bit labored – but I passed two couples who were encouraging and funny and that spurred me on. I came upon another 30-miler, Bruce, who had taken a 3-mile wrong turn onto the Long Path and was out of water for quite some time; I told him that the Coxing Kill was coming up, where the next water sources would be between the Peters Kill and the finish, and we continued on in silence. Coming into Coxing Kill I could hear my daughter cheering for me, which gave me a real lift. She and her grandmother had been waiting so they kept me company while I checked into the checkpoint, thanked the volunteers, and refilled my water and doused my head with that beautiful ice cold water. A snack and a hug and I was on my way, just behind Bruce who stopped to refill also. Bruce and I stayed together from Coxing Kill to the last bit of the Chapel Trail – we didn’t speak but it was nice to have another runner in the woods. I was feeling both great because of my pace and not great because my body was starting to hurt. I started to think I had broken a finger and maybe a rib, and that my hands were going to need some serious scrubbing to get the dirt and debris out, but even that didn’t discourage me – one last climb up the Chapel Trail and then some short hills up to Table Rock and that was IT – I was truly elated. If I didn’t do anything dumb, I would be able to call myself an ultramarathoner!

As I came into Spring Farm, the checkpoint volunteers told me that my friends Sue & Patsy had been there and were cheering for me all day. Preserve staff member Terrie – my former dog walker from 25 years before in NYC – was there working the booth, cheering for me like a wild person. Even though I was feeling tired and my legs were sore, I knew I had just 6 miles to go. Another text to friends and family to tell them that if all continued as it was, I would reach the Trestle in daylight – which was about 90 minutes sooner than expected. From the turn onto the Northeast Trail all the way to the Trestle I was solo, but I was so confident in my wayfinding that I allowed myself to daydream, and to think back to the times I learned to trail run on the same trails I was running on, downhill from Clearwater Road, through the swamp, a left onto Stone Mountain Farm land, and to the rail trail. I reached my “turnaround rock” from the headlamp run the week prior, and knew I had just an hour to go – my pace quickened a bit at that point! I came onto the Trestle, got a little choked up, and knew I could run it in before dark. I saw Chris, the timer, who said, with a  big smile on his face “you made it in daylight!!!!” and then there was my daughter, her grandmother, and my friend Dan – I was an ultramarathoner! I felt so many emotions all at once – relief that I was finished, elation that I had done it, physical pain, and incredulity that people had done 70 miles that day! I am grateful that Dan, a medical doctor, was there to clean my wounds at the finish AND for bring me a chocolate shake and wavy potato chips. I am grateful for my daughter, who inspired me to give the race a try, and who believed that I could do it, and willingly gave up a lot of her Saturdays to wait for me to finish my training before we could have fun. I am thankful to her grandmother for spending the day with her and for cheering me on at Split Rock. I am grateful for the New York-New Jersey Trail Conference for maintaining these beautiful trails, and for Ken Posner for the vision to make this challenging race a reality.

The key to success for me was all the time I spent training on the course, for months; getting the confidence that I knew the course and would not get lost or take a wrong turn; that I knew the footing in each section, where I could run and where I would power hike; which hill was coming up next and which cairn would be marked. Being sure of my nutrition and hydration, and having used all my gear over the many hundreds of miles of training.  I would encourage anyone thinking about doing this race to get out on the course as often as possible during training. There were quite a few runners who got lost multiple times and were not prepared for the terrain, the climbing or the need for plenty of hydration and nutrition.


The morning after I felt pretty good in my legs; my hands and torso were another story, so after a quick trip to urgent care I learned I had broken two ribs in that fall at mile 2! I am even more proud of myself for finishing in 10:14 knowing I did so with broken ribs! And no, I don’t need to go back and try to best that time without hurting myself – I’ll stick with volunteering in 2023. 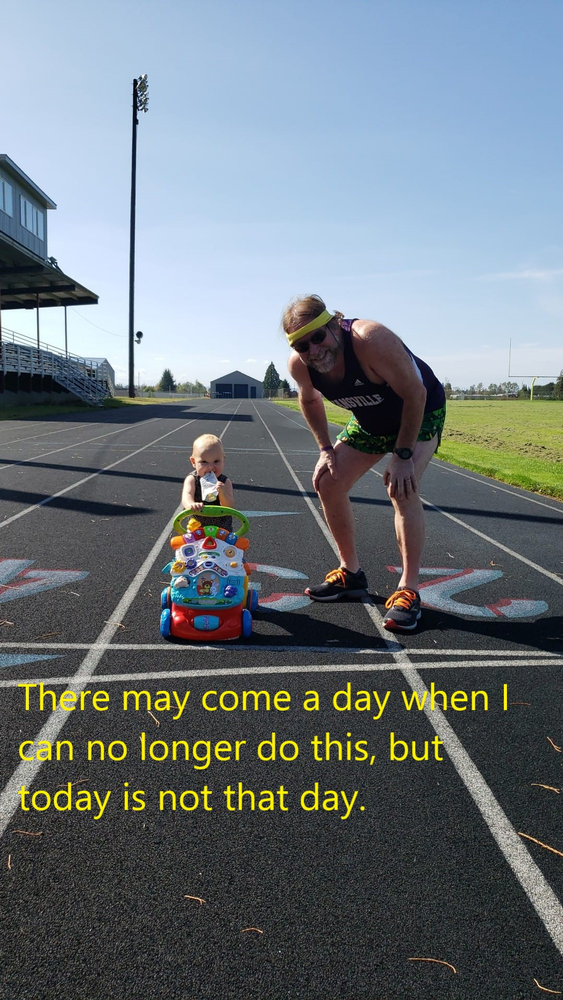 Nice race recap and awesome run...broken ribs and all! Congratulations!